There are many differences in our world. Politics, cultures, personalities... They all have very different opinions and values. At the Al Manakh 2 launch event at Columbia last Friday, Rem Koolhaas situated the research on the Gulf region in the global political context, and argued that the topic of the Middle East is still extremely relevant and remains a very important engagement. He advocated, "the different political systems need a continued commitment to communicate." 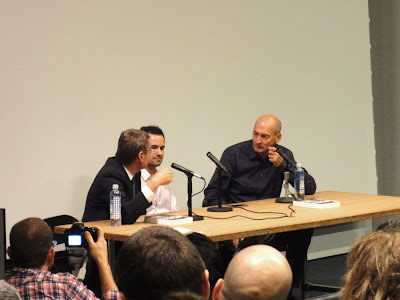 Unfortunately, they are not talking. 911 and the current economic crisis were cited by Rem as events that made the US and Europe turn their backs to the rest of the world. Sorrow turned into anger and bias, and the narrow-mindedness stirred up our societies with controversies like the Danish cartoon, Swiss minarets ban, WTC mosque protests, and the stupid Koran burning proposal. Arrogance comes from ignorance. And the refusal to communicate only makes the sad misunderstanding even worse. 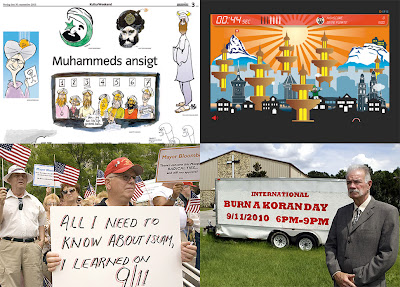 Rem was clearly annoyed by the fact that this ridicule even appears on an intellectual level, when he quoted Joshua Hammer's description of Dubai in his review in The New York Review of Books: "Here, Americans stick with Americans, Brits stick with Brits, Indians with Indians. Everyone keeps to his own kind." Rem said, "He wrote this critique as if its different everywhere else... In fact, when I was in Dubai, I experienced a level of social mixture that even this room can't compare."

In this context, Al Manakh 2 is a valuable attempt to understand. If Al Manakh 1 was an academic observation from the outside, this second installment is more a down-to-earth version trying to form an inside-out perspective. It features a collection of 140 essays, mostly written by local authors reflecting on their own situation and expectations. In a way, this has broadened the notion of research in our field to a rather open-minded and open-ended process of curation.

After American journalist Daniel Pearl was brutally murdered in Pakistan in 2002, his widow Mariane Pearl turned sorrow into strength. It was not strength to seek revenge but to continue Pearl's mission, to address the root causes of his death. She and the family formed the Daniel Pearl Foundation. The homepage of their website states: "The foundation's mission is to promote cross-cultural understanding through journalism, music, and innovative communications." This reminds me of a quote from Thomas Szasz: "The stupid neither forgive nor forget; the naive forgive and forget; the wise forgive but do not forget."